Elaina Scott is a lead animator at Encore VFX and a sought after mentor. Elaina Scott studied Character Animation at California Institute of the Arts and graduated with a bachelor's degree in Character Animation. While juggling her studies, she began working as a story artist on the Simpsons, Star Wars Galaxies, and the South Park Movie. Post-graduation, Elaina Scott worked in the video game industry for nearly a decade then moved on to feature animation and visual effects. Her work includes blockbuster titles such as Iron Man 3, Avengers 2, The Hunger Games, Fast Five, Insurgent, Fantastic Four, Supergirl, The Flash, Legends of Tomorrow, Black Lightening, and Titans. She has taught animation at Gnomon School of Visual Effects and has spoken internationally on VFX and Pre Visualization. To learn more, visit Elaina-scott.posthaven.com

GW: Elaina: can you describe what a lead animator’s day-to-day responsibilities look like?

ES: When we were a smaller company and only had two to three shows going on, the leads would sit down with the show producer, and we’d go over the episode and spot the animation shots with them and the VFX supervisor. Then, myself or another lead would take notes from the VFX supervisor about what needs to happen in those shots. I would also sit with the producer and assign or cast the shots amongst the animators on the team. Now days, since we’ve more than doubled in size, we have a new coordinator team and we now sit with the Animation coordinator and go over the episode with him and he assigns out the shots. We also give technical notes on the shots—we usually try not to make creative decisions because the VFX supervisor prefers to do that, so we’ll just find any animation timing, weight or any other little issues we see, and then we send the notes to the animator and when they address those technical problems, we send it on to the VFX supervisor for his review. 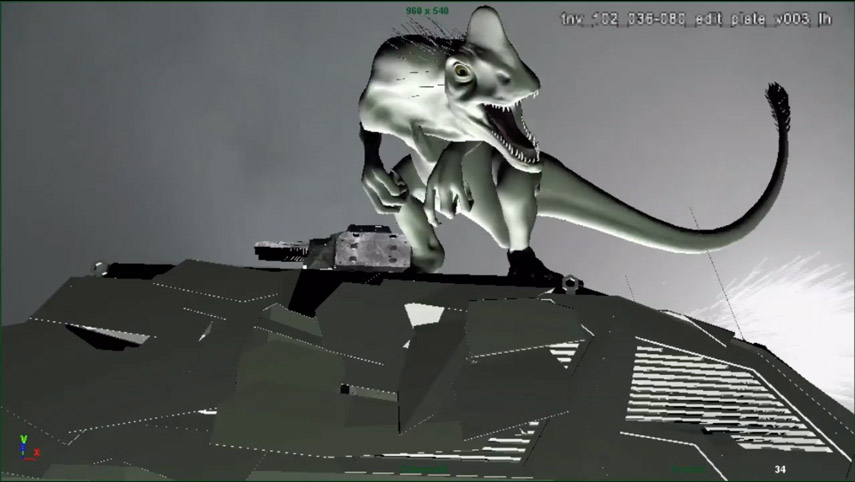 GW: What are some key things that make you such an effective collaborator on a team?

ES: I feel like making sure that the animators know you have their back, and that you want them to succeed. Also, I feel that people do their best work when they are excited about the shots they get and they feel empowered by the notes that you give. So, I will never talk down to a person, because let’s face it, everyone we hire is good enough and has proven that, because that’s why we hired them! I do believe that none of us, no matter how long we’ve been doing this, can see our work objectively, so we need a fresh set of eyes on our work, and that’s where the leads come in. 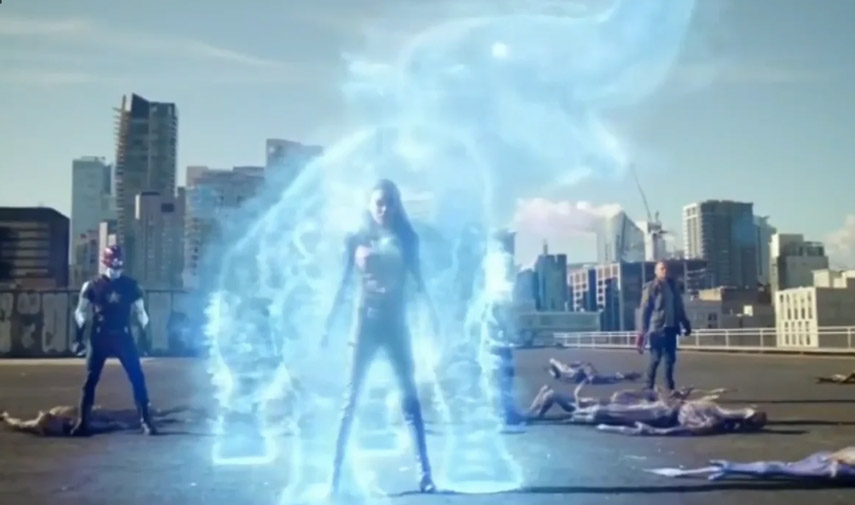 GW: Out of all the various software you use, do any stand out as top notch/preferred, and why?

ES: Ten years ago, I loved working in Softimage, but as you can probably tell, it’s not used much anymore, which makes me sad. But, I definitely love working in Maya and prefer it to working in 3DS Max, but, of course, I can work in Max if I have to. I like Motion Builder, but I can clean up mocap in Maya too, so the only real benefit to Motion Builder is their constraint system and their story timeline for connecting a bunch of separate animations together and baking them into one. 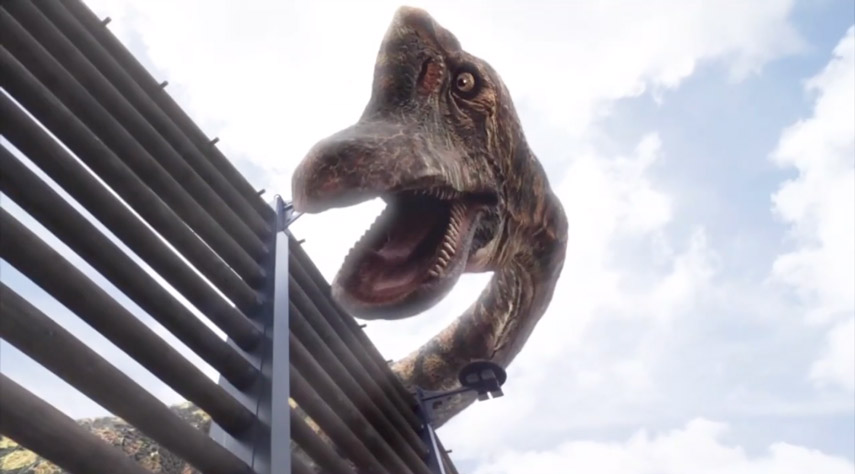 GW: Can you describe any challenges that pop up in an animator’s day-to-day, and how you’ve overcome those?

ES: Oh, there are so many, lol. Especially working in VFX, and television is probably the hardest. We not only get very little time to turn the shots around, but we’re working with plates that the client delivered that sometimes were shot on a tight schedule. Therefore, they didn’t have a chance to re shoot something that maybe needs more screen space for the creature or effect that we’re adding. Or, the worst offenders are the actors whose eyelines are all over the place but are all meant to be looking at the same thing—that one gets me every time. But I would also say, time constraints are always a cross we bare, and not just the animators; it’s the character modelers, the riggers, everyone down the pipeline. We all need to work lightning fast to get this stuff done in time. 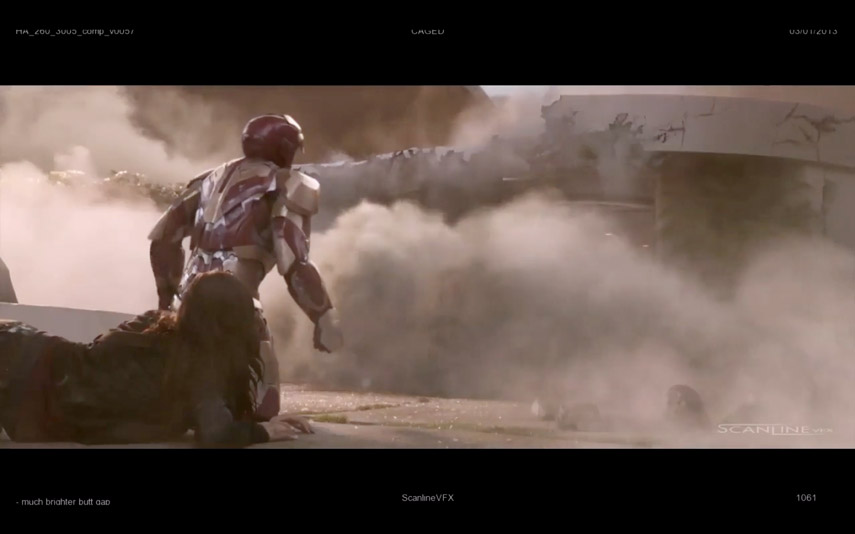 GW: Are there key differences to your approach when working on a project for a TV show versus a film? Or a game versus a commercial?

ES: Working on a film means you’re going to get way more time to work on a shot, but it also means the client and producers are going to give a million notes, because they can. I once worked on a group of shots for the first Hunger games movie, that were back and forth for three months because so many people were changing their minds up and down the chain, and it was just animated wasps, lol. Commercials are much like TV in that they have a tight schedule, and the more wide your skill set, the better for those productions. The video game industry is a strange beast, in that you may spend one to three or even four years on a title, but the designers and producers will want to iterate on their ideas a lot so you have to work fast as well. In fact, working in games for over eight years really prepared me for working in television and previs. I am very accustomed to animating fast and taking notes and iterating quickly. 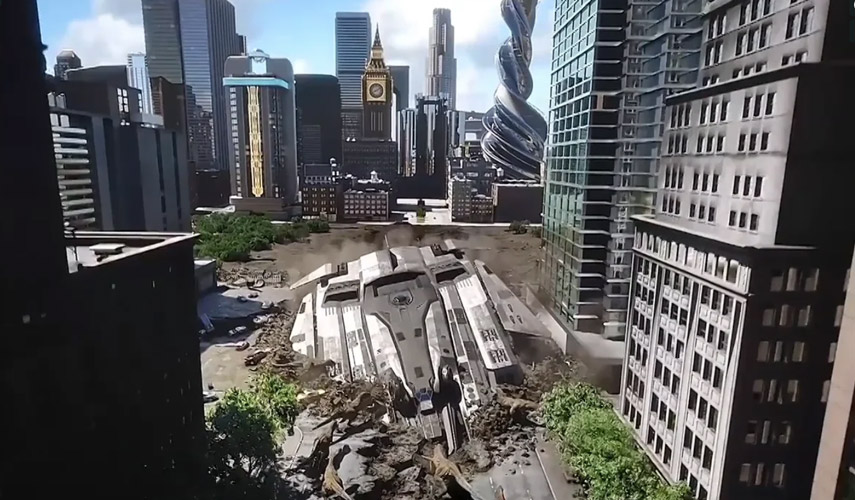 GW: What has been your most influential project to date and why did it impact you?

ES: That’s a tough question, because I don’t know if I have a single one. Working on Terra nova was an amazing experience because I’m a dinosaur nerd and I got to go to work every day and animate dinosaurs. That was also the project that gave me my first VFX reel, which got me the Iron Man 3 job. But working on Avengers 2 was one of my favorite jobs because I got to meet and shoot the shit with Joss Whedon, and my supervisors from Third Floor on the show were so amazing and taught me a lot. My supervisor at Unit Eleven taught me a lot too and I got through it without pissing Michael Bay off, so that was a feather in my cap, haha. 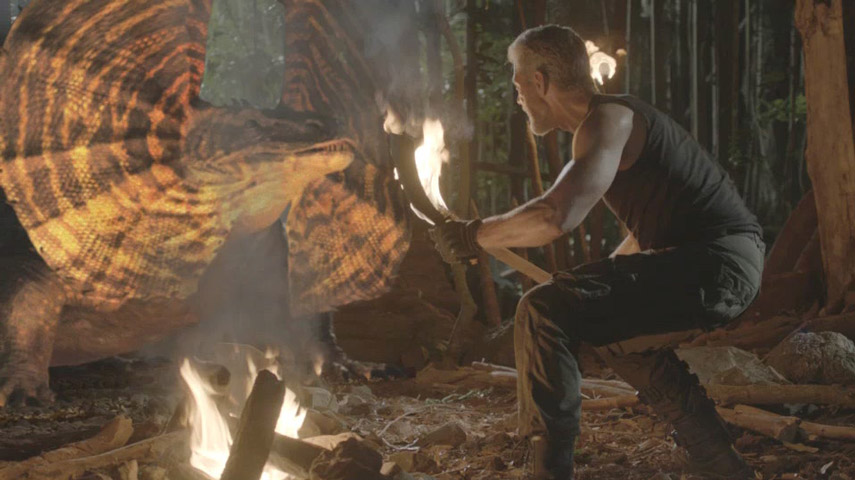 GW: What led you to becoming a reviewer of portfolios and an international speaker/mentor?

ES: I really like helping people and meeting new people, so I jump at the chance to help if I can.

GW: What stands out to you about your experience teaching at Gnomon Workshop?

ES: I was really scared to do it at first, because I thought to myself, who am I?? Will I have anything substantive to teach these people, but I found out that I really enjoyed it and the students, to my surprise and delight, enjoyed it as well! 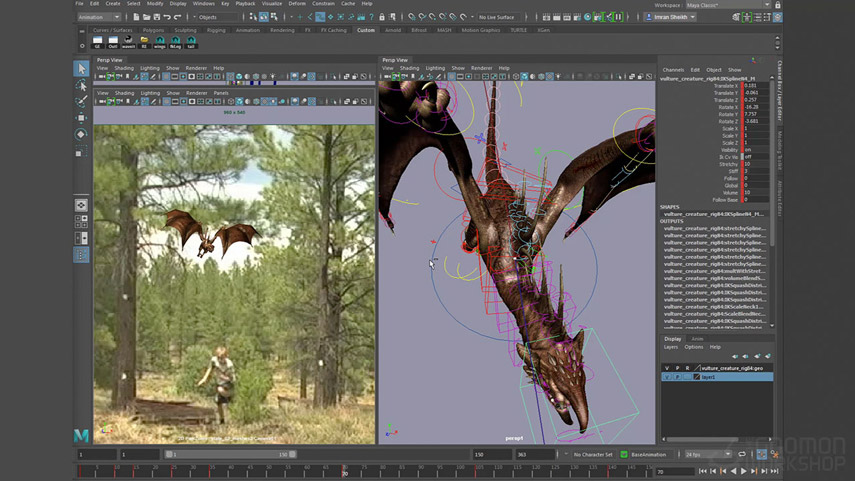 GW: Are there key pieces of advice you’ve learned for how to survive in industries such as games, TV, and film?

ES: Omg, one of the biggest is: DON’T BE A DICK! Be fun to work with, take notes well (this one is HUGE), and show your passion for your work, even if it’s not the coolest project in the world. I’ve met some phenomenal people at the crappiest jobs. My first job out of school was at a little independent game Dev called Paradox Development. The people I met there taught me so much about how to animate well, quickly. And they went on to lead the God of War franchise, people like Cory Barlog and Bruno Velazquez who also went to Cal Arts with me.

GW: So much gratitude to you, Elaina Scott. Thank you for sharing your invaluable insight!

ES: My pleasure! I love the work you all do and the talent that you produce!