Dynamic sculptor John Brown is known for his figurative artworks which celebrate the human form and spirit. Brown garnered vast experience as a sculptor for numerous Hollywood films before his work as a figurative artist led to even more opportunity. Today, John Brown’s bronze sculptures reside in private collections and as bronze monuments. John Brown said, "Sculpture for me has always been about representing the consciousness of humanity... Some things are obviously beautiful upon first glance, and other things you have to look at a little more closely to appreciate... Usually, our most difficult moments." Brown’s sculptures have been featured in Sculptural Pursuit magazine, Space magazine, Sculpture Review, and Save the Date magazine. He teaches sculpture in Los Angeles and is the author of ten sculpture training DVD’s sold world-wide. Brown integrates his innate skills into his teaching methods and has shared his knowledge as an instructor for The Gnomon Workshop. To connect with John Brown, visit FiguresandFocus.com and his Gnomon Tutorial, Clay to Bronze.

GW: The theme you achieve in your art always projects a depth and emotional quality. What helps you achieve that level of success?

JB: Every sculpture begins with a question first: “What is the sculpture about…what do I want to communicate and share?” If I can’t answer that question, I won’t be Sculpting. Every now and then, I’ll engage in some miscellaneous sculpting activity in my studio but the idea of Sculpting something for the sake of aesthetic beauty quite honestly doesn’t quite satisfy me as much as it used to. There’s so much aesthetic talent out now but not as many good storytellers. So, to the answer the question, I’d like to think it’s the narrative and the ability to tell a simple story about us, who we are, and share something I think we can all identify with!...the human condition. 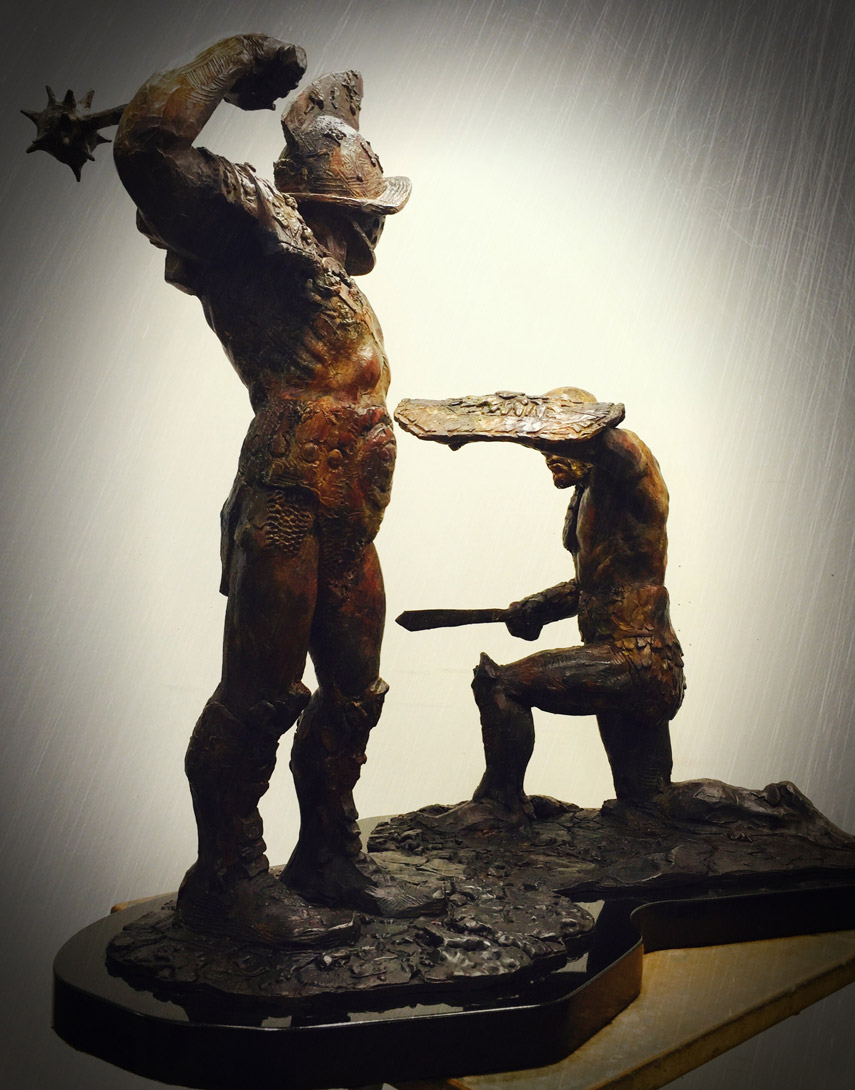 GW: You’ve been immersed in various aspects of art including working for film, teaching, and private commissions. Are there key differences between the daily demands on those three?

JB: Not really, because there’s a simplicity in my thought process that follows me around regardless of what hat I’m wearing. And that simplicity is rooted in fundamentals that serve me well as an artist and teacher. Not to mention my personal and social life that include other forms of art that people enjoy but don’t pay me to do. A wise man once said: “Simplicity is the last step of art and the beginning of nature... Hack away at the unessential’s to find the essential.” I believe it was Bruce Lee and I’ve adopted that quote as an artist and educator.

JB: Of course, absolutely! The better you are traditionally the better you’ll be digitally…and that goes for all the traditional mediums: music, painting, etc. Those who don’t think so are kidding themselves. The talent pool has definitely gotten deeper because of the computer, but let’s be honest about its origins… (grumpy old man about to rant here, partly, but mostly out of the respect for the Giants’ Shoulders on which we all stand) The idea that a digital sculptor gets a base mesh to start—the equivalent of a blocked out sculpture—and just tweaks it, doesn’t do much for the advancement of the medium. Traditional Sculpting jobs are almost non-existent or certainly not what they they used to be, but the workflows are identical. The software has become more user friendly and built along the workflows and tools that traditional sculptors use, but can’t teach you how to think like a sculptor. I’ve met many digital sculptors and the best ones are always the traditionally trained ones, and I consider that to be the focus of my job as an educator. I really don’t teach people how to sculpt, I teach them awareness and how to analyze. I’ve always thought that 3D Digital Sculpting was oxymoronic because you’re still doing it on a 2D screen. Years ago, I met with Ofer Alon (creator of ZBrush, who happened to be at my art show in Sausalito) to talk about ZBrush and what my thoughts were and why I wasn’t using it. My biggest complaint was the difference between 2D and 3D prints of the same project. The 2D prints appeared to have depth while the 3D prints were very flat. Something that was painfully obvious to a traditional sculptor like myself. The inability to understand the third dimension, AKA depth. That was my observation and he completely agreed with me. When I sculpt I have to stand way back and witness the effect of ambient light on the vertical planes and where the shadows are… You can’t do that on a 2D screen and expect it to hold up in real life without knowing something about how light affects depth and contour! You can simulate it but then you have to understand something about natural light. In the computer you can light your way out of a mess but not in real life when the ambient light is constantly shifting. 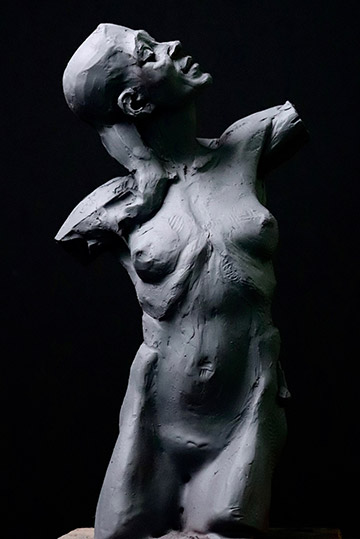 GW: For students considering sculpting as a career, are there subjects/classes that would be a bonus for them to peruse? Or certain artists or art books that you’d recommend?

JB: Analog foundational classes of any kind…figure drawing, painting, architecture, music and a literature class to understand the fundamentals of storytelling. Believe it or not…software is only a tool, like a screwdriver or a hammer!

GW: Were there specific aspects to your experience as a Gnomon instructor that still resonate today?

JB: It has fortified my thought process because I’m constantly confronted with it because of the practical needs of my students. 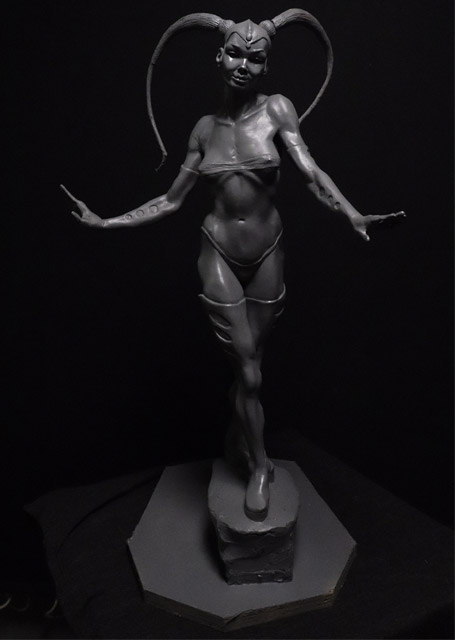 GW: Is there a particular project on a major film that will always stand out to you or that still influences your work today?

JB: Not when working on a film project, because the industry is all about the lowest common denominator thinking, i.e., what’s gonna sell and how to bottle it because “suits” are running that business, not artists. In contrast, look to the Masters that came before us for inspiration. A trip to the museum is something I recommend to anyone who wants to become a better artist! Plan a trip to the Louvre… Dig deep and study hard… Learn how to recognize patterns… Study architecture, cinematography, and think outside the box. It’s the only way forward and you’ll gain an edge over anyone you are working alongside.

GW: Have you ever encountered “creator’s block” when you faced a standstill on a project? Is there a trick you used to keep yourself going/inspired? 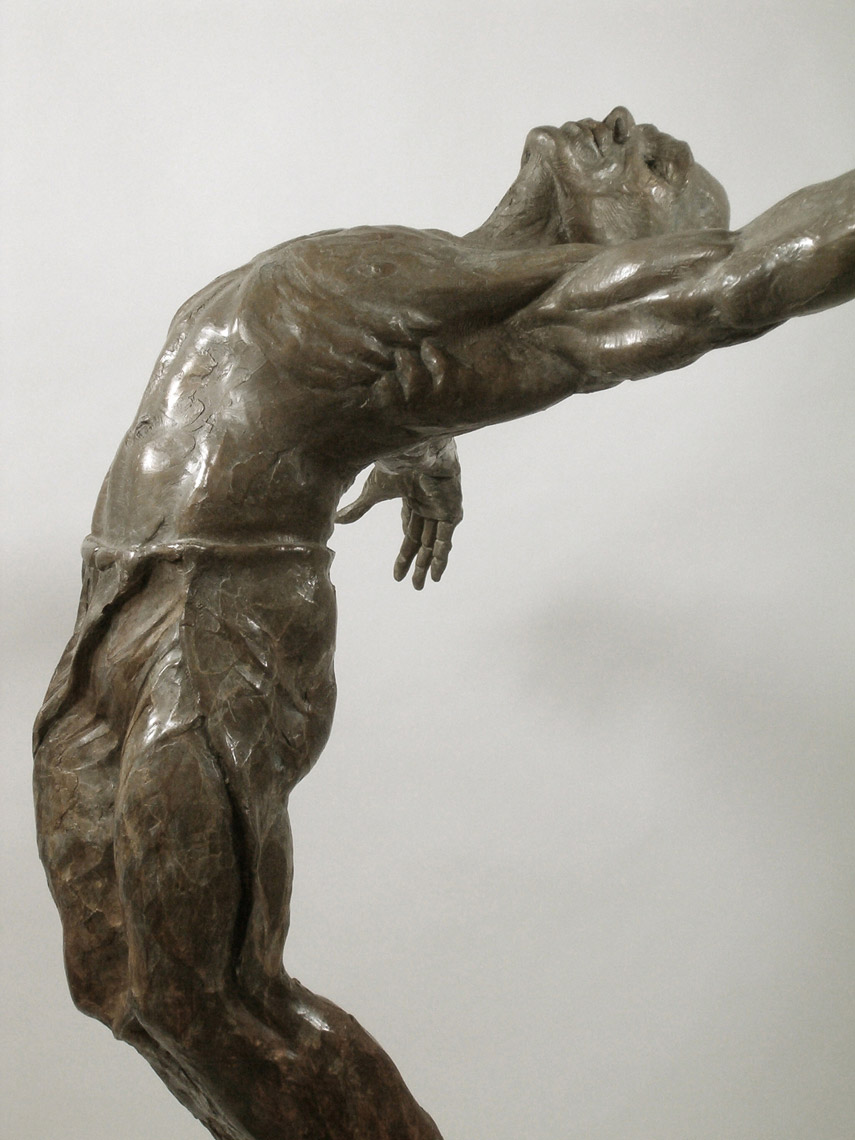 GW: Do you foresee any interesting changes impacting figurative art and sculpting in the future?

JB: Sculpture is definitely in flux with technology, so, I’d have to say: learn the software but don’t forget about what our job is as artists which is to tell a story and to communicate with those around us. It doesn’t have to be complicated, it can be rather simple… You decide, and then use the tools to make that happen. If the sculptor thinks like this, then it doesn’t matter what trends come along, software emerges, or anything else. I’ve been sculpting for thirty-three years now and not much has changed except the way I’m going to do it, traditionally or digital. 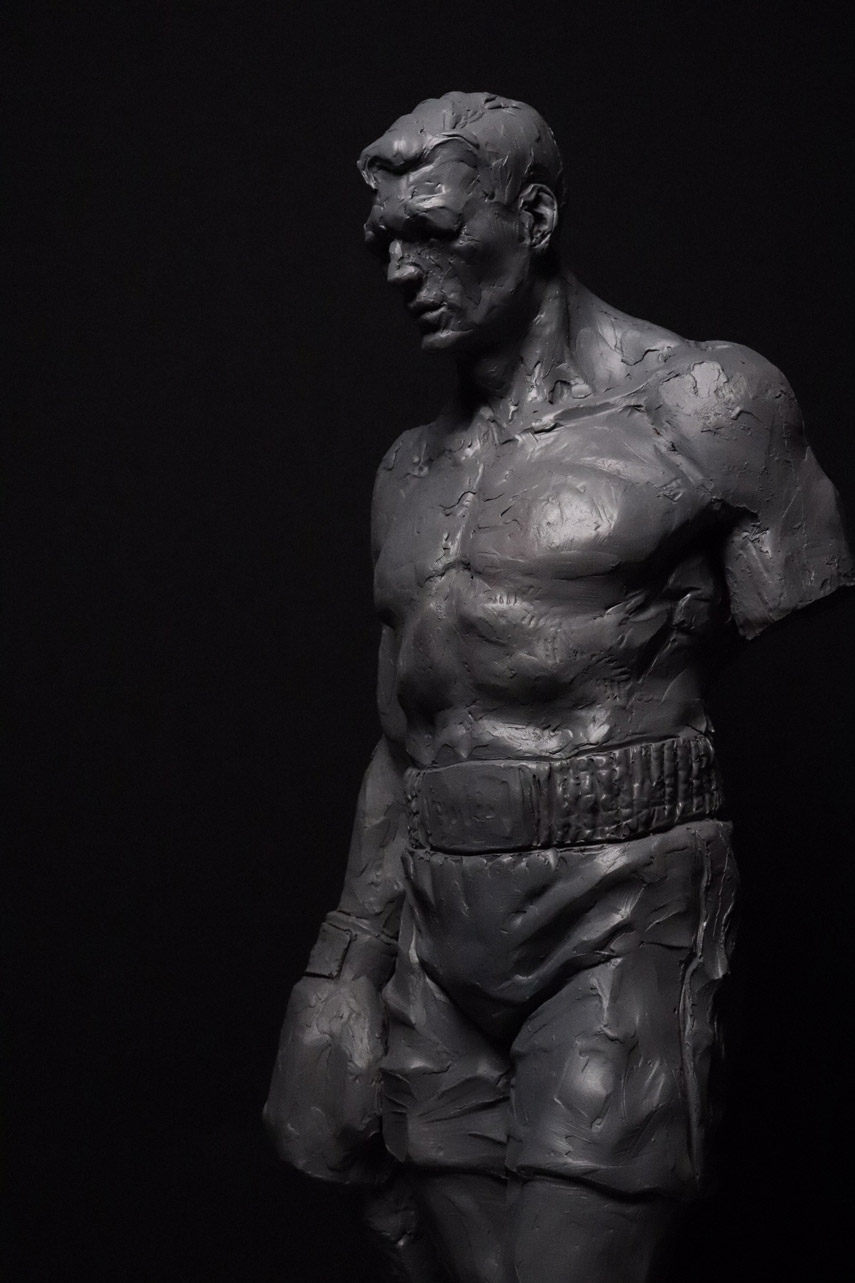 GW: To John Brown: thank you for sharing your experiences. Your work is timeless and your dedication to art, to creation, and to your students is very much appreciated.