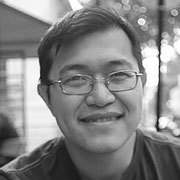 Paul Liaw is an acclaimed senior modeler, currently working at The Mill working on VR/AR modeling and concepting. He was recently a Senior Creature Modeler at Industrial Light & Magic, where he sculpted dinosaurs for Jurassic World and made several costumes for Doctor Strange. With over 15 years of experience, he has worked with over forty companies in various fields including commercials, TV, film, VR, 3Dprinting, games, medical visualization and education. Paul's work has earned him numerous accolades, including ZBrush Live Sculpt-off winner, ZBrush Central's Top Row, and awards from the VES and Cannes Lions.