In this workshop, Ryan Meinerding shares his workflow for designing characters that effectively illustrate a story's narrative. Ryan begins by discussing how to create iconic and memorable characters, creating a legitimate reality, framing characters by values the audience should judge them by, empathy and story. He illustrates these topics by evaluating some popular examples from film and animation to explains the importance of thinking about Character vs Character, Character vs Environment, Visual Design vs True Character and Range of Change. For the demonstration of this workshop, he begins by breaking down the Story that will inspire design; an old man, Arnold, who develops superhuman strength and the surrounding story points. Ryan then uses Adobe Photoshop to design the Range of Change for Arnold's character from a frail old man, to his new disguised strengths, to his empowerment as a super hero. While sharing timelapses of design and development, Ryan's workflow is revealed as he explains how decisions are made, exploration, reference and thought process. For those looking to further their understanding of how to approach Narrative Character Design, this workshop offers invaluable insights from one of the industry's leading artists. 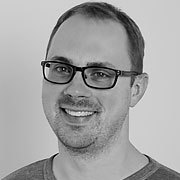 Ryan Meinerding is the Head of Visual Development at Marvel Studios. He has been with Marvel Studios since the early days of 'Iron Man,' helping to design the look and feel of the Marvel Cinematic Universe. Ryan Meinerding grew up in Suburban Northeast Ohio. He always had a crayon in his hand while growing up, until he traded it for an airbrush in high school. He studied Industrial Design at the University of Notre Dame and Illustration at the Art Center College of Design. While attending school, he worked on video game titles like 'Gauntlet: Seven Sorrows' and 'Return to Castle Wolfenstein 2.' In his last semesters at Art Center he had the opportunity to leave school to work with one of his heroes, Iain McCaig. That opportunity was Ryan's first film character design project, a movie entitled 'Outlander.' Iain's company worked on a few subsequent projects, one being Jon Favreau's version of 'John Carter of Mars.' This project allowed Ryan his first attempts at keyframe illustrations, and these images resonated with the director and helped define the look and feel of that version of the film. Jon Favreau decided not to continue with that project, but hired Ryan onto his next film: 'Iron Man.' Ryan designed the Mark 1, and worked with Adi Granov to create the Iron Monger. Ryan also continued to do keyframe illustrations, helping to define the look and feel of the scenes in Tony's garage and in the cave. After 'Iron Man,' Ryan left Marvel briefly to illustrate costumes for 'Watchmen' and do robot design for 'Transformers: Revenge of the Fallen.' Upon returning to Marvel Studios, the producers asked if he would stay on full time and help design the look of the Marvel heroes and villains. He lead character design on Iron Man 2, and worked on keyframe and concept design for Thor. He has done the concept design for all of Captain America's suits, and along with Charlie Wen, led a Visual Development team of artists to accomplish the character designs for the Avengers and Avengers: Age of Ultron. Ryan has also worked on one of his favorite superheroes for Spider-Man: Homecoming, as well as revisited the Avengers for Infinity War and ventured into the world of Black Panther. He is currently working on new Marvel Studios projects.