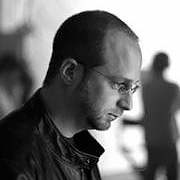 Rob Nederhorst started his career in visual effects in 1998 at Digital Domain where he worked on such feature films as Stealth, The Day after Tomorrow, Daredevil, Star Trek: Nemesis, We Were Soldiers, Vanilla Sky, Spy Kids, The Grinch Who Stole Christmas, X-Men, Supernova, as well as dozens of commercials. He then served as a Visual Effects Supervisor at Sway Studios where he was nominated for a Best Compositing in a Commercial award by the Visual Effects Society for his work on a set of Djarum Mezzo commercials for Joseph Kosinski. In December 2008, Robert moved to the Santa Monica offices of ReelFX as visual effects Supervisor. He worked on projects for clients such as Sunny D, Toyota, Schiff, Fidelity, Ferrari, Paul Mitchell and a theatrical spot for Coke/AMC which is in theaters all across the USA and was nominated for a VES Award for Best Created Environment. He later left Radium/ReelFX for a Visual Effects Supervisor position at Svengali FX. At Svengali he worked on Iron Man 2, The Last Airbender, and Priest. Rob's current freelance Visual Effects Supervisor status has offered him work on Thor, Captain America, as well as serving as Stereographer on Spy Kids 4.