In this title, concept artist Aaron Limonick demonstrates the critical importance of a complete design process when approaching environment design and illustration. From traditional ideation sketching and exploration, students will learn how to bring personality and a feeling of depth and history to their designs. Then, using 3D Coat and Modo, Aaron’s initial ideas are brought into a 3D space where many refinements can easily be made, and the foundation of a finished rendering is built. Lastly, using Photoshop, the 3D rendering is turned into a final illustration that maintains the character and intent of the very first sketch. For those looking communicate effective and efficient environment designs for the entertainment industry, this title provides a thorough look into the thought process and workflow of an experienced artist. 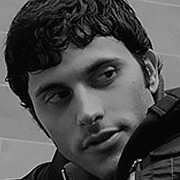 Aaron Limonick has worked in the entertainment industry since 2004. Born and raised in Los Angeles, he studied illustration at Art Center College of Design and began gravitating towards the collaborative effort that entertainment lends itself to. Through a fellow artist, he got his first job working for Activision at Neversoft Entertainment. After working on several games at Neversoft, including developing the original ip, "ì GUN", he moved to San Diego and worked at High Moon Studios for over four years. Here, he worked on pitch artwork for multiple Vivendi Universal projects, as well as developing the 1980's-based reboot, "Transformers: War for Cybertron" under Activision. Having worked on feature films, feature animation, television, theme park design, fashion, advertising, and VR, Aaron has used his illustration and design skill-set in many diverse creative environments. Over the years he has worked for studios such as LEGO, Disney, Rhythm and Hues, Method Studios, Paramount, 20th Century Fox, Blur and Mirada. In 2011 Aaron joined Sony at Naughty Dog Inc. and was a Lead Concept Artist on Uncharted: The Lost Legacy, and now is in development on The Last of Us: Part II.