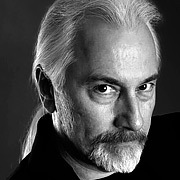 Rick Baker is a Hollywood special makeup effects artist known for his realistic creature effects. He is the winner of six Academy Awards for Best Makeup. As a teen, Baker began creating artificial body parts in his own kitchen. Baker's first professional job was as an assistant to Dick Smith on the film The Exorcist. The first Academy Award for Best Make-up was awarded to Baker for his work on An American Werewolf in London. He has contributed to many films including Star Wars, Gorillas in the Mist, Men in Black, The Ring, Ed Wood, Planet of the Apes and How the Grinch Stole Christmas.