Realistic Skin with ZBrush and Keyshot

In this title, Dominic Qwek covers how to create realistic skin for his creature designs using ZBrush, Keyshot and Photoshop. He starts off by using ZBrush to sculpt realistic skin details such as wrinkles, moles and warts. Dominic then uses polypaint in ZBrush to texture skin tones where he adopts a layered approach for realistic results. Using the GoZ plugin, he imports the polypainted model into Keyshot where he starts lighting and shading. Keyshot's translucent shader is explained, as well as its HDR lighting features, for photo-realistic and interactive rendering. Finally, Dominic shares his post-processing workflow in Photoshop to achieve the final image. 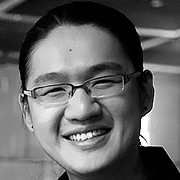 Inspired by the unforgettable creatures that slithered their way through many classic sci-fi thrillers, Dominic Qwek spent countless hours in his youth filling notebooks with drawings of nightmarish creatures. This passion led him to an art career spanning over a decade where he would work in the games, film and collectibles industry for companies like Blizzard Entertainment and Guerrilla Games. He has since contributed to franchises such as Killzone 2, Starcraft 2, Hearthstone, World of Warcraft and Overwatch. He is now at Bonfire Studios working on a new IP. Today, Dominic is better known for creating haunting and evocative sculptural art of his own designs and producing them as limited edition sculptures. His works have been well received thanks to the continued support of collectors and sculpture enthusiasts.